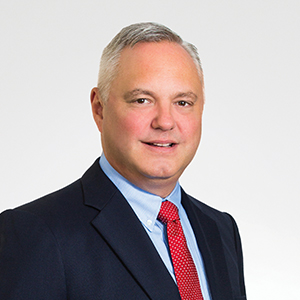 Tom Schreibel is a Partner at Michael Best Strategies, where he serves as head of the Madison office while helping clients navigate the Wisconsin state government, political, and business environments. Having over 30 years of experience in the public and private sectors, Tom’s broad expertise comprises political campaigns, lobbying initiatives, congressional and state policymaking, and business development.

Tom was previously chief of staff and committee professional staff member for Congressman Jim Sensenbrenner Jr., the former chairman of both the House Judiciary Committee and House Science Committee. For 28 years, Tom oversaw Congressman Sensenbrenner’s Washington, D.C. and district offices, supervising legislative, political, communications, and campaign strategies, and advising the congressman on all aspects of office policy. In this role, Tom designed the approved 2000 Wisconsin congressional redistricting plan. While working with Congressman Sensenbrenner, he also served as district director and scheduler.

Tom was elected RNC National Committeeman for the state of Wisconsin in 2018, where he was asked to serve by Governor Scott Walker (R-WI). In this role, Tom leads the Wisconsin Republican Party at the national level, working with other committeemen and women in coordinating efforts to win and retain seats up and down the ticket.

Tom’s affiliations during his professional career: